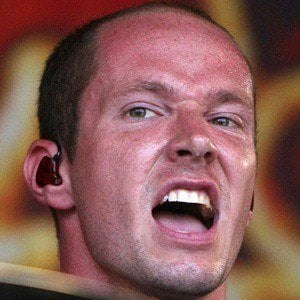 Drummer who played in the rock band Coheed and Cambria. He also co-founded the mathcore band The Dillinger Escape Plan.

He studied for two years at the Berklee College of Music and received a diploma in Music Synthesis.

He left Coheed and Cambria in 2011 in order to focus on other projects.

He grew up in New Jersey and went to school in California.

He played with Mic Todd in the band Coheed and Cambria.

Chris Pennie Is A Member Of