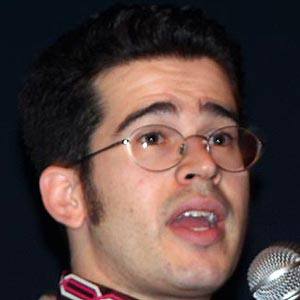 Early web pioneer who created LockerGnome.com, a network of tech-related blogs and forums.

He graduated with a degree in English from the University of Northern Iowa.

He started an annual convention, Gnomedex, to bring like-minded followers together.

He was married to Gretchen Hundling and Ponzi Black; he married a third time to Diana Morales in 2012. He has a son named Jedi.

He was named CNN's tech expert in 2009, performing a similar role to what Sanjay Gupta performed for the network's health-related spots.

Chris Pirillo Is A Member Of