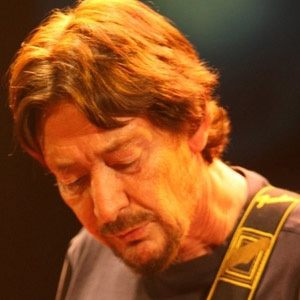 Late 1980s United Kingdom singer-songwriter who sang "The Road to Hell (Part 2)" and "Fool (If You Think It's Over."

He learned guitar at the age of twenty-two. Despite being left-handed, he played right-handed guitar.

In the early years of his career, he sold over thirty million albums worldwide.

He married Joan Rea, with whom he had two daughters: Josephine and Julia Christina.

His debut album was produced by Elton John's music producer.

Chris Rea Is A Member Of