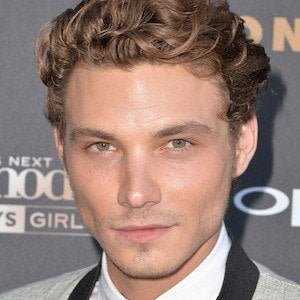 Model and actor best known for competing in cycle 20 of the popular CW reality series America's Next Top Model hosted by Tyra Banks. He also appeared as Alex in the 2013 comedy series Black Box.

He earned his first major credit in the 2012 television movie Fabulous High as Ryan Woodson.

He is a singer and songwriter and has posted covers of popular songs to his self-titled YouTube channel.

He competed against fellow contestant and winner Jourdan Miller in cycle 20 of America's Next Top Model.

Chris Schellenger Is A Member Of