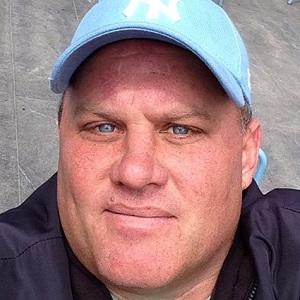 YouTube phenomenon who calls himself The Human Garbage Disposal, due to the fact that he will literally eat anything for his videos. He also known as Shoenice.

He was a roofer all of his life until he fell through a skylight and broke his back. He then became a comic and YouTube entertainer.

His most popular videos showcase him drinking large quantities of alcohol.

He was born in Albany, New York.

He was featured on Tosh.0, starring Daniel Tosh.

Chris Schewe Is A Member Of