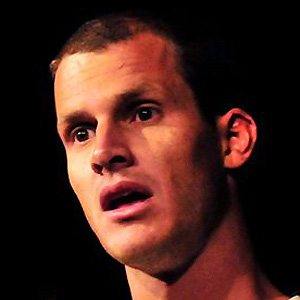 Stand-up comedian, television personality, actor, writer, and producer who began hosting Tosh.0 on Comedy Central in 2009. He is the voice of Malloy in the Comedy Central animated sitcom Brickleberry, where he also serves as one of the show's executive producers.

He worked as a telemarketer for Central Florida Research Park after graduating from the University of Central Florida in 1996, but quickly realized he wasn't cut out for a desk job. His first big career break in the entertainment industry came in 2001 when he performed on The Late Show with David Letterman.

His edgy and irreverent humor has caused him to be condemned by anti-sexual assault groups, who claim that his humor normalizes rape and other acts of sexual violence.

He dated model Megan Abrigo, who worked as one of the models on the show Deal or No Deal, from 2009 until 2014. He secretly wed Carly Hallam on April 15, 2016. He has one brother and two sisters.

The executive producers of Comedy Central realized he was a hit when his ratings surpassed those of Jon Stewart.

Daniel Tosh Is A Member Of