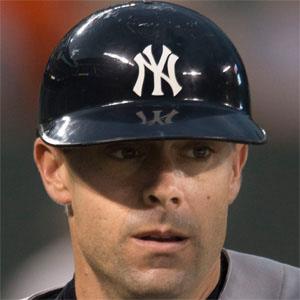 MLB catcher who debuted in 2006 for the Chicago White Sox after being selected in the 12th round of the 2001 MLB Draft. He became a member of the Pittsburgh Pirates in 2014.

He starred on the baseball team at Riverside Community College, only 12 miles from his hometown of Fontana, California.

In his first seven seasons in MLB, he played for six different teams.

He married Lindsey Stewart and the couple had two kids together, Sebastian and Brooklyn.

In 2011 the San Francisco Giants signed him after Buster Posey suffered a season-ending injury.

Chris Stewart Is A Member Of