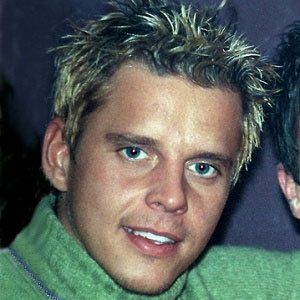 Multi-platinum selling singer-songwriter best known as a former member of British boy band BBMak, popular for their top five single "Back Here." He also formed a band called The Blind Love in 2016.

He began learning guitar at age fourteen from imitating his father.

His father is guitarist Tony Burns of The Signs, a three-piece rock outfit that once opened for The Beatles.

He has collaborated with several popular electronic dance musicians, including Tiesto on the tracks "In the Dark" and "Power of You."