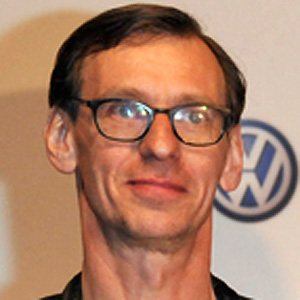 He worked as a toolmaker for a short period in his teens.

He was first a member of Feeling B.

He fathered three children with his first wife. After his divorce, he married Jenny Rosemeyer in 2008.

He performed many songs with Rammstein singer Till Lindemann.

Christian Lorenz Is A Member Of