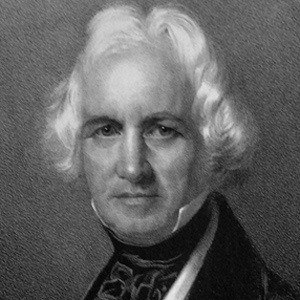 He studied sculpture at the Academy of Art.

He created 70 busts in marble, 20 of which were of colossal size.

His father died at a young age and he moved to Berlin.

He and Emmanuel Pahud both worked in Berlin.

Christian Daniel Rauch Is A Member Of