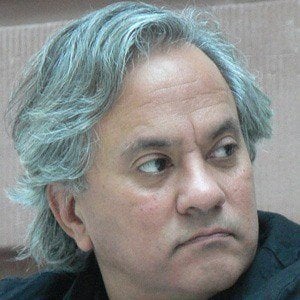 Known for works like Cloud Gate in Chicago and Sky Mirror in New York, he won the Premio Duemila Prize in 1990 and the Turner Prize in 1991.

He moved to London in the early 1970s and attended the Chelsea School of Art and Design.

His 115-metre-high sculpture ArcelorMittal Orbit was commissioned as a permanent artwork for Olympic Park.

His brother is the famous academic Ilan Kapoor.

He exhibited a collaborative sculpture with Salman Rushdie called Blood Relations at the Brighton Festival in 2009.

Anish Kapoor Is A Member Of