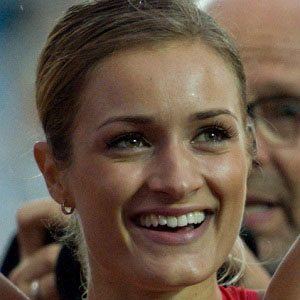 Norwegian hurdler of Serbian descent who won gold at the 100-meter hurdles at the European Athletics Under-23 Championships in 2009.. She has represented the sports club Ski IL in her home country.

She was born in Lorenskog and first made a splash by winning the 100-meter hurdles at the 2003 European Youth Olympic Festival.

Her father and coach is Olympic hurdler Petar Vukicevic.

She had a multi-year relationship with Olympic javelin thrower Andreas Thorkildsen.

Christina Vukicevic Is A Member Of