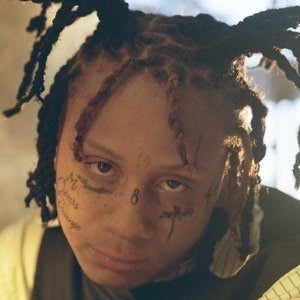 He was inspired to play music by his older brother. Following his brother's death, he began pursuing his music career, releasing "Sub-Zero" and "New Ferrari" in 2014

He has collaborated with rappers Xxxtentacion, Travis Scott and Lil Keed.

He was born Michael Lamar White IV in Canton, Ohio. He grew up with an older brother known as Dirty Redd, who died in a car crash, and a younger brother who goes by the name Hippie Redd. He has had an on-off relationship with Aylek$. In 2019, he began dating rapper Coi Leray, but the couple later broke up. He's been romantically linked to singer Skye Morales.

He is a long-time friend of Lil Wop 17, who eventually offered him a deal with a record label.

Trippie Redd Is A Member Of