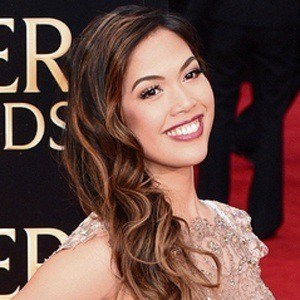 Classical soprano who has become known for her numerous performances with legendary tenor Andrea Bocelli. She has also performed as a member of the girl group Zyrah Rose.

Her career began in Philippine musical theatre while earning a degree in business finance. She also landed several modeling campaigns throughout college.

In 2017, she took to the stage as Peggy Schuyler and Maria Reynolds in the West End production of Hamilton.

At eighteen, she moved to Hong Kong from the Philippines to pursue her musical career.

She is a member of Zyrah Rose alongside Emily Hawgood, Charlotte Melissa Tyler, and Kara Lily Hayworth.

Christine Allado Is A Member Of