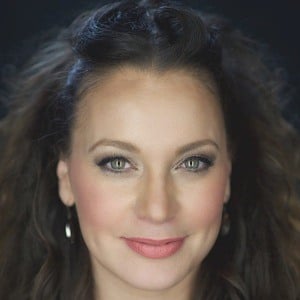 Christian singer who is known for her self-titled debut album, which was released in 2005. She launched a YouTube channel in 2006 and it has earned over 1.8 million subscribers.

She studied music at the Interamerican University of Puerto Rico. She then attended Full Sail University in Florida, earning a Bachelor's degree in business administration in entertainment.

On December 15th, 2013, she released her EP Rey on iTunes. The title song from the album's official music video has amassed over 11 million views on her christinedclario YouTube Channel. It is one of her most popular videos.

She married Carlos Caban in 2004. Soon after, they moved to Dallas, Texas.

Christine D'Clario Is A Member Of