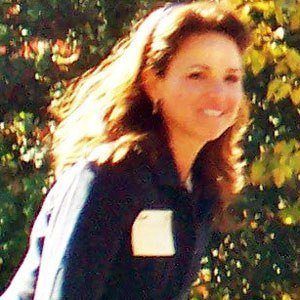 Republican politician and Tea Party activist who ran unsuccessfully for Vice President Joe Biden's former U.S. Senate seat from Delaware in 2010. Her book, Troublemaker: Let's Do What It Takes To Make America Great Again, was published in 2011.

She started out working as a public relations and marketing consultant in the 1990s, and worked for various organizations including Enough is Enough, and Concerned Women for America.

During the 2010 Senate campaign she had to release an ad saying she wasnt a witch after a TV appearance from the 1990s where she discussed having once experimented with Wicca surfaced.

She was born fifth of six children to Carole and Daniel O'Donnell.

She ran for Joe Biden's Senate seat for Delaware.

Christine O'Donnell Is A Member Of