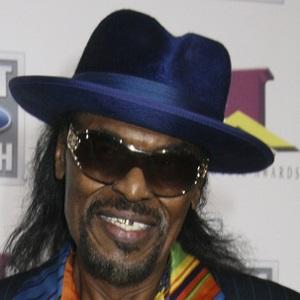 Remembered for his work in the funk and go-go music genres, this Washington D.C.-based guitarist and vocalist recorded such popular albums as We the People and Salt of the Earth (both with The Soul Searchers) and DC Don't Stand for Dodge City.

He started playing the piano at age seven and, before becoming a locally famous musician, was a homeless teen in Washington, D.C.

During the 1950s, he was imprisoned for nearly a decade as the result of a murder conviction.

A native of Gaston, North Carolina, he was the son of housemaid Lyla Brown and U.S. Marine Albert Moody.

He collaborated with fellow D.C.-based musician Eva Cassidy on an early 1990s album titled The Other Side.

Chuck Brown Is A Member Of