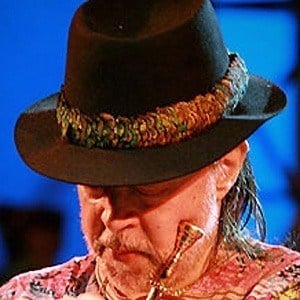 Jazz trumpeter who had a hit with "Feels So Good," his jazz-pop single from 1977. He won a 1977 Best Instrumental Composition Grammy Award for "Bellavia," a collaboration with saxophonist Gerry Niewood.

He was educated from 1958 until 1963 at the Eastman School of Music. He then became trumpeter for Art Blakey's Jazz Messengers, carrying on the legacies of such past Blakey legends as Clifford Brown, Freddie Hubbard, Kenny Dorham, Bill Hardman, and Lee Morgan.

He composed two songs that became signatures of the Olympic games: "Chase the Clouds Away," which was featured at the Montreal, Quebec, 1976 Summer Olympics and "Give It All You Got," which was used at the 1980 New York Winter Olympics.

He and his brother Gap often collaborated, sometimes as the Jazz Brothers. They laid down three albums for Riverside Records.

He was a frequent voice actor on "King of the Hill," created by Mike Judge and Greg Daniels.

Chuck Mangione Is A Member Of