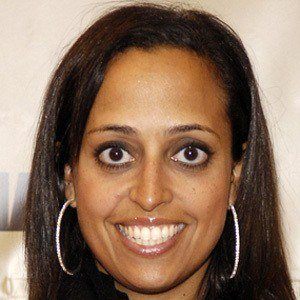 TV producer and host who is widely known for her work on Mesmerized, Fame, and Livin' Large. She is the daughter of pop diva Diana Ross, and sister of Tracee Ellis Ross.

She graduated from Georgetown University in 1997 with her bachelor's degree in English and fine arts.

In June 2012, she had her debut children's novel Lone Bean published by HarperCollins. Previously, in 2011, she had opened her Books and Cookies children's bookstore in Santa Monica, California.

She and her husband Joshua were married in 2015. She had previously given birth to their first child named Callaway in 2012.

Her mother Diana Ross helped to plan her 2015 destination wedding in Hawaii.

Chudney Ross Is A Member Of