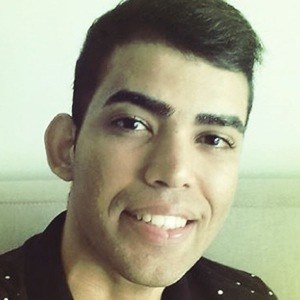 YouTube content creator and personality who rose to fame for his affiliation with the spooky prank channel Os Pandas. He and his creative partners staged scenarios where they would be startled by horror characters such as Pennywise the Clown from It.

He first appeared in a multiple episode YouTube series titled "Don't Turn Your Fidget Spinner At 3:00 AM."

He studied graphic design in college.

He was born in Portugal.

Both he and fellow YouTuber Raphael Gomes were born in Portugal.

ciZio Is A Member Of