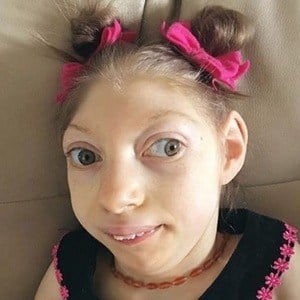 The first born daughter of Gwen Hartley, she rose to fame with her parents and siblings when her mother began writing about their lives on the blog The Hartley Hooligans. The blog documents her parents' lives dealing with her and her sister's microcephaly.

During her mother's first sonograms with her, doctors did not notice anything amiss. It was only after birth that her doctors informed her parents that she had a severe form of microcephaly.

She had microcephaly caused by a neuro-metabolic disorder called Asparagine Synthetase Deficiency. The result of the disorder is stunted growth, particularly in her brain and head.

Born to Gwen and Scott Hartley, a glass blower, she had two siblings, an older brother and a younger sister. Her younger sister, Lola, also has microcephaly.

She often appeared on The Hartley Hooligans with her older brother, Cal.

Claire Hartley Is A Member Of