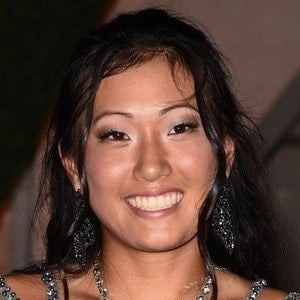 American tennis player who became known after winning her first pro singles title at the $10,000 USTA Pro Circuit event at just 14 years old. She has also played in other major events, including the US Open and the French Open, among others.

She started playing tennis at the age of 5 at California Lutheran University.

She and her partner Usue Arconada won the Girls' Doubles tournament at the Wimbledon Championships in 2016.

She is originally from Thousand Oaks, California.

In 2016, she became the youngest woman to win a USTA Pro Circuit tournament since Anna Kournikova in 1996.

Claire Liu Is A Member Of