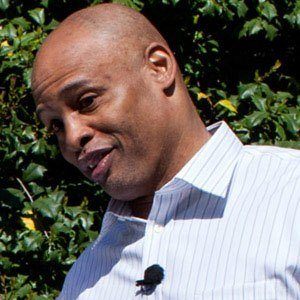 He scored fifty-one points and grabbed twenty-four rebounds in a state championship game in high school that his team eventually lost.

He averaged over twenty points and ten rebounds as a rookie with the Indiana Pacers.

He fathered three children, two sons and a daughter.

He once played a game of HORSE against President Barack Obama.

Clark Kellogg Is A Member Of