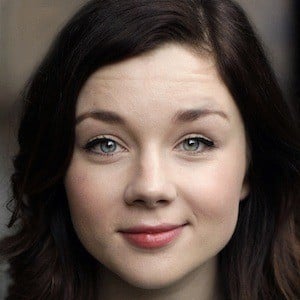 Leading actress in the third series of WPC 56. She was also a guest lead in 12 episodes of the long-running show Doctors. She was featured in a special episode of House of Anubis called "The Touchstone of Ra." In 2021, she began her stint as Eloise Bridgerton on the popular Netflix show Bridgerton.

She signed with an acting agent in 2012 and quickly landed a guest part in Doctors in a different role than she would portray in 2014 as a regular on the series.

She was cast as the lead in a short film that would win Best Comedic Short Film award at TSFA in New York in 2014.

She was born in Birmingham, but raised in London, England.

She and Josh Widdicombe were featured in the BBC3 comedy Josh.

Claudia Jessie Is A Member Of