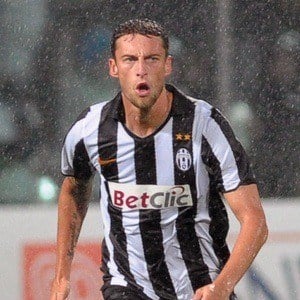 Italian midfielder who joined Juventus in 2006 and became part of the Italian national team in 2009.

He made his first team debut at the third round of the Coppa Italia in 2006.

His breakthrough year was 2008-09, when a string of impressive outings earned him praise from fans and sports critics alike.

He married Roberta Sinopoli in 2008. The couple has two sons, Davide and Leonardo.

He grew up idolizing the Juventus legend Alessandro De Piero.

Claudio Marchisio Is A Member Of