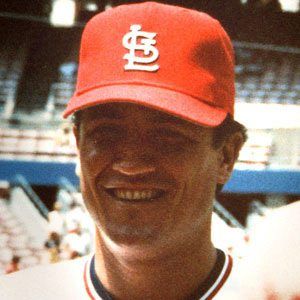 Former Major League Baseball outfielder who became a coach after retirement and was named National League Manager of the Year with the Pittsburgh Pirates in 2013.

He was a first round draft pick of the Kansas City Royals in 1975.

His Colorado Rockies won the National League Pennant in 2007.

He had three children with his wife Karla.

He became Andrew McCutchen's manager on the Pittsburgh Pirates in 2011.

Clint Hurdle Is A Member Of