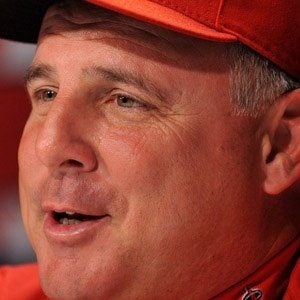 MLB manager who led the Anaheim Angels to a World Series victory in 2002, and also won two World Series as a player.

He was drafted in the first round by the Los Angeles Dodgers and went on to play catcher for the team for twelve seasons.

He met his wife Anne Scioscia at Dodgers stadium, and the pair have two kids together.

He began managing Albert Pujols on the Angels in 2012.

Mike Scioscia Is A Member Of