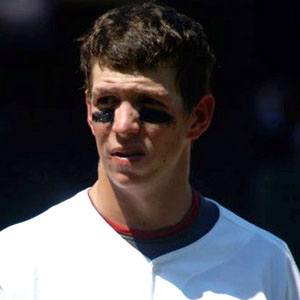 MLB outfielder who began his career with the St. Louis Cardinals in 2009.

He made it to the Little League World Series finals with Phoenix City, Alabama's team in 1999.

He had a daughter named Megan with his wife Megan Rasmus and he was raised with three brothers: MLB pitcher Cory, Casey and Cyle.

He was teammates with Albert Pujols during his rookie 2009 season with the St. Louis Cardinals.

Colby Rasmus Is A Member Of