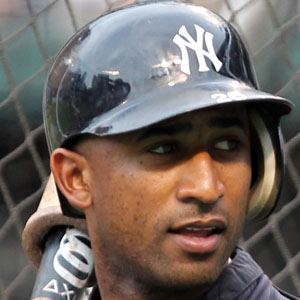 MLB infielder who began his career with the New York Yankees in 2010. He won a World Series title with the Boston Red Sox in 2018.

He signed with the Yankees in 2004 as an international free agent, and slowly began making his way up their minor leagues.

With the Yankees eventually considering him a permanent successor to Derek Jeter, he showed to have one of the best throwing arms in the league during his first few seasons.

He was born in Domingo, Dominican Republic.

He became teammates with outfielder Mookie Betts on the Red Sox.

Eduardo Núñez Is A Member Of