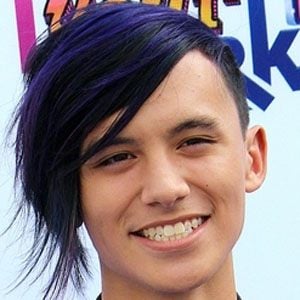 Known for singles such as "Before I'm Yours," "If I Fall," Lie To Me," and "Forever," he is a DJ/producer who signed with Hollywood Records and contributed music to Disney movies and TV shows.

He was about 10 to 12 years old when he first started DJing. He released his first two singles called "Bring Back the Boom" and "Non-Stop Summer" in 2012.

He has performed in nightclubs in Las Vegas and Los Angeles and has shared a stage with other DJs such as Paul Oakenfold and Avicii.

He was born in Los Angeles to Josef and Vanessa Plante. He has an older brother named Ethan whom he's very close with.

He was a part of the Demi Lovato Neon Lights Tour in 2014.

Cole Plante Is A Member Of