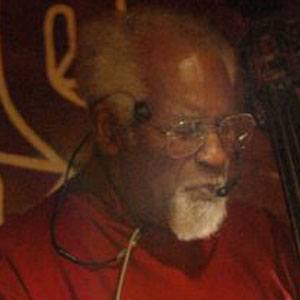 Bassist known for his long-time collaborations with saxophonist Joe Harriott, as well as many other groups.

He attended the Royal Technical College in Glasgow and originally intended on becoming an engineer, but instead embarked on a musical career.

He was the recipient of the 2011 Services to Jazz Award at the Parliamentary Jazz Awards.

He was born in Kingston and raised by two musicians.

He was inspired to start playing jazz after listening to Count Basie, among others.

Coleridge Goode Is A Member Of