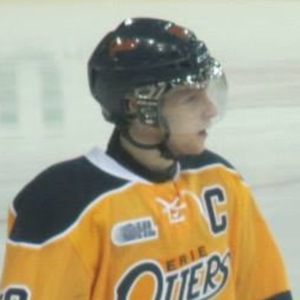 Hockey right winger who was drafted in the sixth round of the 2012 NHL Draft by Toronto Maple Leafs. He led rookies in scoring in the AHL in 2014-2015, amassing 21 goals and 40 assists.

He set the Erie team record for points in a season in his final year with the club, but it was again broken the next year.

He grew up in Etobicoke, a former Toronto municipality, raised by his parents Dan and Anne.

He and Connor McDavid played together on the Erie Otters.

Connor Brown Is A Member Of