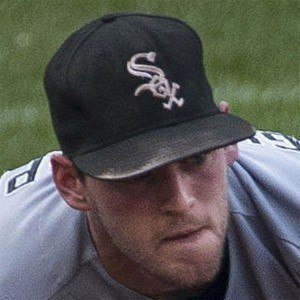 MLB third baseman who has played for such teams as the San Francisco Giants and Chicago White Sox. He is best known for his game-winning 3-run home run for the Giants in the 2016 National League single elimination wild card game.

He was drafted out of Wichita State University by the Giants in the 2008 MLB Draft and played just two dozen games in the minors before being called up to the majors.

His brother, first baseman Casey Gillaspie, was drafted by the Tampa Bay Rays in 2014.

His first major league hit came at the expense of then-Diamondback pitcher Dan Haren in September 2008.

Conor Gillaspie Is A Member Of