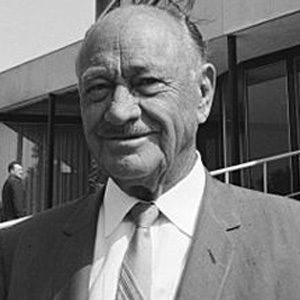 Entrepreneur who built a successful chain of business hotels and was the founder of the Hilton Hotels chain.

He served in the United States Army for two years in World War I.

He was given a fictional representation on the AMC TV series Mad Men in 2009. He was portrayed by actor Chelcie Ross.

He had three kids with Mary Adelaide Barron whom he married in 1925.

His great-granddaughter Paris Hilton carried on the family name in ways he probably never anticipated, becoming famous for her sex tape, her reality show The Simple Life, and her multiple highly publicized shenanigans.

Conrad Hilton Is A Member Of