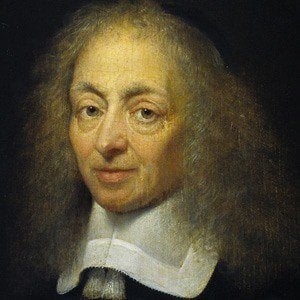 Poet and musical composer of the Dutch Golden Age. Koren-bloemen, a collection of his poems, was published in 1657; ten years earlier, several of his musical works had been published under the title of Pathodia sacra et profana.

He was schooled extensively in the arts, music, and language during his early years.

He detailed his marriage to Suzanna van Baerle in Dagh-werck, a 1638 publication.

His father, , was a senior state official.

The great Dutch painter Rembrant van Rijn created his artistic masterpieces at around the same time that Huygens was composing his poems.

Constantijn Huygens Is A Member Of