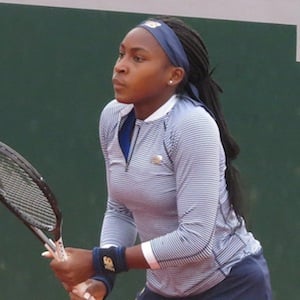 She began playing tennis at the age of seven. She moved to Delray Beach, Florida with her family to have better opportunities to train in the sport.

She became the second-youngest to win the Junior French Open in 2018.

She has two younger brothers and her parents were both collegiate athletes. Her father was a basketball player at Georgia State University and her mother ran track and field at Florida State University.

Serena Williams' coach Patrick Mouratoglou hand-selected her to be part of his Champ'Seed foundation when she was just 11 years old. She also trained with Patrick in France.

Coco Gauff Is A Member Of