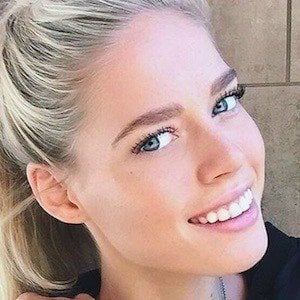 YouTube vlogger and aspiring actress who shares her vegan diet and exercise routines for her 210,000 subscribers.

She was introduced to the Meisner technique in the Philippines before moving back to Norway to take classes in Method Acting.

She studied improvisation and scene study at the Michelle Danner acting studio in Los Angeles for a year.

Born in Tromsø, she would later reside in the Philippines where she first signed up for acting school.

She draws inspiration as an actress from Johnny Depp, among others.

Cornelia Grimsmo Is A Member Of