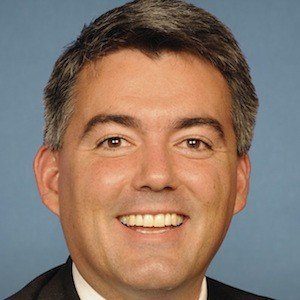 Republican politician who became the U.S. Representative for Colorado's 4th congressional district in 2011. He's served in three subcommittees to the United States House Committee on Energy and Commerce.

He introduced legislation that would speed up clean-air permits for companies engaged in offshore drilling in Alaska shortly after taking office.

His ancestry includes Irish, German, Austrian, and English and he has a son and a daughter with his wife Jaime Gardner.

He voted in favor of Paul Ryan's budget plan known as The Path to Prosperity: Restoring America's Promise.

Cory Gardner Is A Member Of