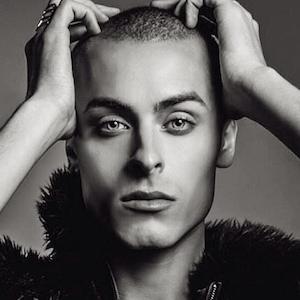 American model and singer in the LGBT community who was the third place contestant and first openly gay male contestant on the reality show America's Next Top Model in the Fall of 2013.

He aspired to be a model from a young age.

He appeared on the reality show America's Next Top Model which was once directed by Jay Manuel.

Cory Wade Hindorff Is A Member Of