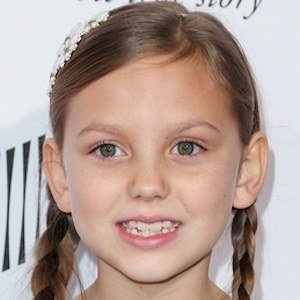 Child actress who portrayed Adelynn Beam in the 2016 film Miracles from Heaven. She had a recurring role on the TV series Hand of God from 2015-2017.

Her first role was in the 2015 film Of Fortune and Gold.

She landed roles in short films called The Black Dog and We All Scream.

Her parents Steven and Jeanine are both Ohio born as well. She grew up with a sister named Kylie who's also an actress.

She played the sister of Brighton Sharbino in Miracles from Heaven.

Courtney Fansler Is A Member Of