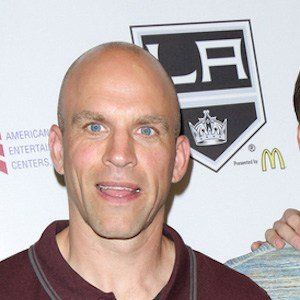 Defenseman who played professionally from 1991 to 2003 in the CHL for the Oklahoma City Blazers and Fort Worth Brahmas and in the IHL for the Houston Aeros.

He played amateur hockey for the Concordia Stingers.

He initially came up as a forward but switched to defenseman during his professional career.

He grew up in Montreal, Quebec, Canada.

He was selected 33rd overall in the 1990 NHL Draft, 28 picks after the great Jaromir Jagr.

Craig Johnson Is A Member Of