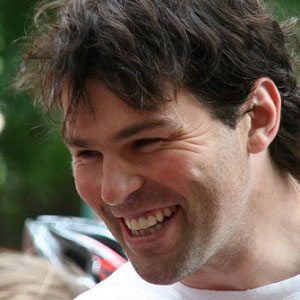 Legendary Czech right winger who's become known for both his prolific scoring and prodigious longevity. In 2017, he joined Wayne Gretzky as the only players to score 1,900 NHL points. He won Stanley Cup Championships with the Pittsburgh Penguins in 1991 and 1992.

He was the first Czechoslovakian drafted into the NHL without defecting to the U.S. first.

He and fellow legend Mario Lemieux made up a dominant duo for the Penguins in the early 1990s.

Jaromir Jagr Is A Member Of