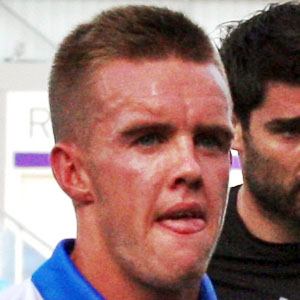 Winger who made his first professional appearance for Skelmersdale United in 2005, then went on to play for Cardiff City in the English Premier League.

He began his youth career with Liverpool when he was 9 years old.

He grew up in Kirkby, England.

Before achieving stardom, he trained as a roofer and worked on Liverpool captain Steven Gerrard's house.

Craig Noone Is A Member Of