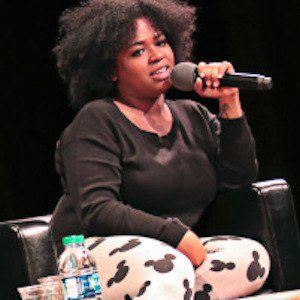 Pop culture commentator and writer best known as for hosting the pop culture podcast The Read with blogger Kid Fury. The acclaimed podcast has featured a variety of celebrity guests from Kelly Rowland to Charlamagne tha God.

Her career began in freelance writing, publishing pieces on race, gender, and sexuality in magazines like Essence.

She has been a guest on a number of popular television shows including Comedy Central's Drunk History and MTV's Decoded.

Born in Louisiana and raised in Oklahoma, she moved to Harlem in 2012.

Many of her most popular articles published through Refinery29 and Live Civil document the career of Beyonce.

Crissle West Is A Member Of