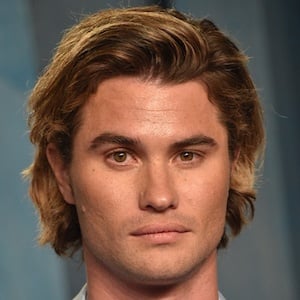 Actor best known for his role as John B in Netflix's Outer Banks. He has appeared in several other television shows including Tell Me Your Secrets and One Of Us Is Lying.

He has attended the University of Central Florida.

He had a small role in Netflix's Stranger Things in 2016.

He has a younger brother named Kaden and a younger sister named Kendall Nicole. He began dating his Outer Banks co-star Madelyn Cline in mid-2020 and they split in October 2021.

He appears alongside Austin North on the teen drama Outer Banks.

Chase Stokes Is A Member Of