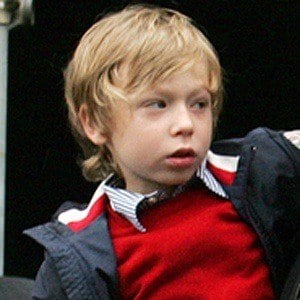 He was born only a month after his parents were married in 2005. Their nuptials were televised.

Taking after his father, he quickly became a top scorer for his Roma youth team in 2017.

He has two younger sisters, Chanel and Isabel.

His father was coached by Luciano Spalletti as a member of A.S. Roma.

Cristian Totti Is A Member Of