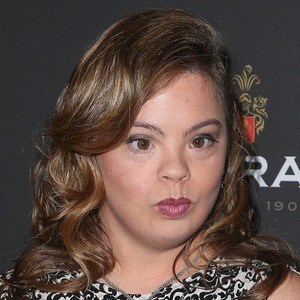 Reality star recognized as a member of the cast of Born This Way on A&E. The show documents the lives of young people living with Down syndrome.

Before making her reality debut, she was working at a middle school.

Her family hails from Spain, and she is fond of learning Spanish and of cooking traditional Spanish meals.

Her parents' names are Beatriz and Mariano, and she has two younger brothers. She dated boyfriend Angel for five years before they became engaged.

Her co-stars on Born This Way include Megan Bomgaars, Rachel Osterbach, and Sean McElwee.

Cristina Sanz Is A Member Of