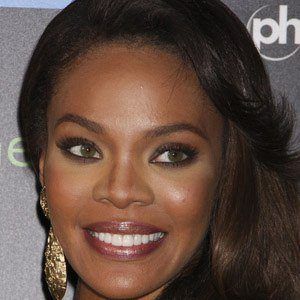 Former Miss USA winner who competed in the competition four separate times before winning the crown in 2008. She also starred as Leslie on Tyler Perry's For Better or Worse.

She won the Miss Texas USA competition in 2008 before attempting Miss USA.

She finished in the Top 10 during the Miss Universe competition.

She grew up in Houston with her two siblings. She married Max Sebrechts in 2014.

She had a recurring role on Tyler Perry 's For Better of Worse.

Crystle Stewart Is A Member Of