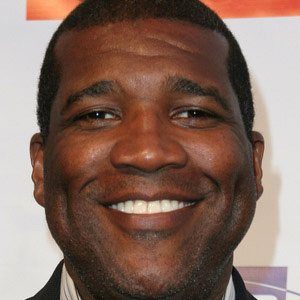 Sportscaster who became one of the hosts of Fox's NFL Sunday.

He became an honorary member of Sigma Nu during his time at Coe College.

He worked as a commentator for the Jacksonville Jaguars' preseason games from 2005 to 2007.

He married Annaliese Menefee in 1999.

Curt Menefee Is A Member Of