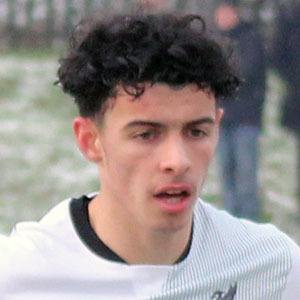 British soccer player who is best known for having appeared as a member of the famous Liverpool FC. He has often played as a midfielder for the famous football club.

He first joined Liverpool FC in 2018.

He has accumulated over 300,000 followers to his well known Twitter page. He has been a brand ambassador for Nike. He won a world championship with Liverpool FC in 2019.

He featured fellow soccer players Mohamed Salah and Roberto Firmino in an Instagram photo he shared to his account in August 2020.

Curtis Jones Is A Member Of